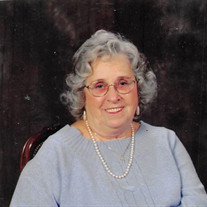 The family of Dorothy (Batykefer) Bergman Freeman created this Life Tributes page to make it easy to share your memories.

Surrounded by family, after a long illness, on Wednesday, November...